The Electric Scooters and the Pursuit of Clean Energy. Why Should You Care?

As we become more aware of the pressing consequences of global warming, there’s a growing interest in finding ways to use clean energy. A large portion of this search is in transportation.

Fossil fuel use is one of the huge issues with how we get from place to place, so many vehicles are starting to use alternative energy sources to combat this. In this article, you will find how electric scooters can combat this!

Electric scooters are starting to pop up everywhere as an alternative to using cars, with plenty of companies offering them for rent. How much do they help our environment?

We’ll take a closer look at what you need to know about electric scooters. If you are looking for a scooter, you can also check Top 5 Street Legal Electric Scooters for Adults.

What to Know About the Electric Scooters

What is The Carbon Print of an Electric Scooter?

Electric scooters are powered by rechargeable batteries and don’t run on fossil fuels, as the majority of cars do. When in use, they also produce a significantly smaller carbon footprint.

While many people have a misconception that electric scooters are a zero-emission vehicle, they do have some emissions.

That being said, they have about half the carbon print of a car, which is a significant improvement.

However, electric scooters aren’t nearly as widely used as cars, which can reduce the number of benefits gained by having them available as a method of transportation.

When we look at how often electric scooters are used instead of cars, only about a third of car commutes are replaced by scooters.

Of course, with shorter commutes, an electric scooter can make it much quicker. At the same time, you can choose to walk or ride a bike, but it will also take longer, and require physical work on the commuter’s part (which can be a plus or minus, depending on how you look at it). Also, there are some rules to be aware of, but they are for your safety!

The most significant negative impacts on the environment, in regards to electric scooters, come from both the manufacturing (and shipping) and the recharging process for their batteries.

Many companies are looking to refuel their batteries with alternative energy sources, such as solar power. However, the technology to achieve this is still being developed and will need to improve to keep electric scooters working efficiently.

It’s undeniable that electric scooters produce far less harmful emissions than cars. Still, it’s worth taking a closer look at the benefits of using these scooters and what the possible disadvantages of their use are too.

Vehicles that use gas (fossil fuel) are known to be a leading contributor to air pollution. All you have to do is look at a busy city skyline to see the smog.

Because air pollution is linked to many health issues and diseases, electric scooters help reduce the smog that hurts our health.

When fewer vehicles are on the road, everybody’s commute gets a little easier. By substituting a scooter for a car whenever possible, busy streets are less crowded.

Many scooter riders are also able to reach nearby destinations more quickly because they don’t rely on roads to get there.

They also have the advantage of moving faster than a person’s walking pace, which helps speed up the commute too.

Many companies that rent out electric scooters offer monthly plans to allow subscribers unlimited access to their scooters. This, in turn, saves customers money in the long term than they would spend maintaining a car they use more frequently.

Every month, it saves plenty of money on refueling their cars, even with a monthly subscription fee being added in. If you opt to purchase your own rather than renting from a company, you could be looking at a nice break on your taxes too.

Since electric vehicles also cost about half as much in fuel and maintenance costs as a fossil fuel operated vehicle, you get financial benefits in both the short and long term.

The operation of an electric vehicle is estimated at just under $500 yearly, while gas-powered vehicles cost, on average, well over $1000 ($1117, to be exact).

We all realize that fossil fuels are a rapidly depleting resource and one that we can’t recreate ourselves. Beyond our dependence on gas, however, there are plenty of reasons to choose clean energy over gasoline.

It does minimal damage to our environment, and the lower emissions are easier to offset than those produced by other fuel sources like gas and coal.

That means your overall carbon footprint shrinks, and your contribution to the greenhouse gases that contribute to global warming do too.

As more people turn to electric scooters as a means of transportation, greater markets open up for companies to invest in alternative energy sources to recharge scooter batteries, such as solar power.

Grows the Movement for Clean Transportation

While one of the struggles for electric scooter use is that they aren’t used enough, they’re still a better solution than using a vehicle with a higher footprint.

Alongside that, the growing interest in electric-powered vehicles creates an incentive for companies to continue to produce more efficient, clean-running vehicles.

Growth will take time, but as companies see a growing interest in electric scooters, more cities will see scooters available on their streets.

As more become available, we can expect to see more commuters turning to cleaner vehicles as part of their routine. With common use, the awareness of the importance of clean energy also grows, and the electric vehicle industry will have more affordable, efficient options available.

Yes, using cleaner energy for our vehicles is a significant improvement in our traditional reliance on fossil fuel. But it doesn’t do us much good if we don’t use it.

While electric scooters are seeing a significant uptick in their use, they still aren’t replacing gas-powered vehicles enough yet.

While people have varying reasons for choosing to switch, or choosing not to, the fact is that electric scooters replace only about a third of the trips typically used with gasoline-powered vehicles.

To make a more substantial environmental impact, electric scooters need to be used more often to get the full benefits of their cleaner energy.

Production Can Be a Problem

While a finished, working electric scooter does have a much smaller carbon footprint, there’s still a lot of manufacturing that goes into making one.

Industrial production is undoubtedly a contributor to pollution and emissions, and like anything else, these scooters have to be produced.

Once these scooters are done in assembly, they also have to be shipped to their destinations. The carbon footprint of shipping does vary based on the method used, but many are flown to their end destinations.

Air transport often has a much higher environmental impact than other methods that are used on land or overseas, and since many electric scooters are produced in China, they have a long way to travel.

Electric batteries are better than using fossil fuel, no doubt. However, a problem comes up in regards to recharging them.

Most scooter companies employ independent contractors to both recharge the scooter batteries, gather them, and place them at docking stations. Unfortunately, these contractors primarily use gas-powered vehicles to accomplish this.

As a result, the footprint for using electric scooters grows, even if the scooter user isn’t doing it themselves. Yes, some companies are beginning to give employees incentives to encourage them to use clean energy-powered vehicles while recharging the batteries and gathering the scooters.

However, it isn’t enough of a regular procedure yet, and a lot of gas is used to keep these scooters juiced up.

We won’t argue that electric scooters do help in the job of cutting down fossil fuel use when people use them regularly. However, they aren’t a complete carbon footprint-free method of transportation.

For example, riding a bike, or walking are often just as suitable for these short distances, although they may not be as fast or efficient as using an electric scooter.

Electric scooters are quickly rising in popularity, especially in bigger cities where commutes can be a bit of a struggle.

They are a cleaner energy option for travel than using a car to be sure, and with half the carbon footprint, it’s a significant improvement.

While there are other methods for traveling without making a negative environmental impact, electric scooters are one of the most convenient ways to reduce your carbon footprint, while still getting to your destination on time.

However, there are always other things to consider. Getting the full picture can help you make the right choice for your commute. 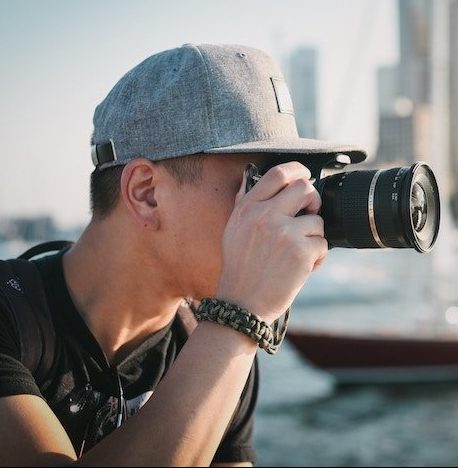 Here are 10 Fun Things You Can Do in Any City, Any Time 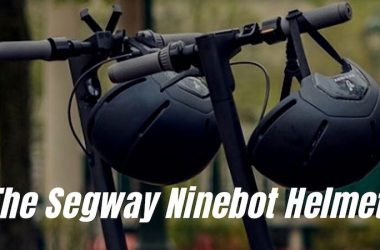 The Segway Ninebot Helmet – Designed for the Electric Scooter Riders

Have you seen the new Segway Helmet? Oh, we know you might be too busy riding your electric… 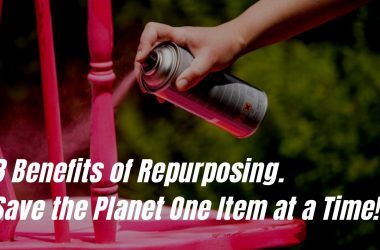 8 Benefits of Repurposing. Save the Planet One Item at a Time!

Andy Stefan Andy is an urban survivor passionate about recycling, clean energy, and micromobility. He loves nature and… 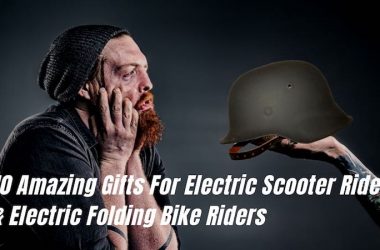 So, it happens you’re looking for a gift for someone who’s an electric scooter rider or a folding…